The Geotraveller by Roger N. Scoon highlights the geology of popular geosites, landforms, and areas of historical interest many of which occur in world famous national parks The Rocky Mountains, Yosemite National Park, the rift valley and volcanoes of East Africa, or the Eastern Bushveld Complex in South Africa all leave spectators awestruck. The interrelationship between geology, archaeology, and history is explored in geosites associated with historical eruptions of volcanoes such as Vesuvius, Italy, and Santorini, Greece, as well as with localities such as the Acropolis of Athens and the underground dwellings of Cappadocia, Turkey. The geology of East Africa has had a profound effect on the distribution of wildlife, including Mountain Gorilla, and has impacted the evolution of hominids. These famous sites entail considerable scientific insights. With numerous information on the scientific background of the geosites from different continents, The Geotraveller is an ideal read for the well-travelled or anyone who wants to travel the world from their armchair and is curious about geology.

The book is divided into five parts covering iconic landforms in North America, East Africa, the Mediterranean, England, and South Africa. Graphics, maps, and a short glossary make it easy for both the professional geologist and the educated layperson to learn more about the geological phenomena behind breathtaking mountains, lakes, canyons, and many more.

Dr Roger N. Scoon spent most of his career as an exploration geologist in the Bushveld Complex South Africa. He has published scientific articles in local and international journals and led field trips for international conferences to the Bushveld Complex and northern Tanzania. Roger is a Senior Researcher at Rhodes University and a Fellow of the Geological Society of South Africa (FGSSA), the Society of Economic Geologists (FSEG), and the Geological Society of London (FGS). 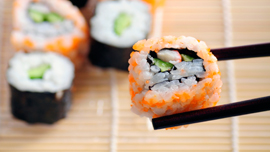