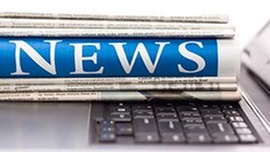 +++ Publication of LNCS Proceedings during the Coronavirus (COVID-19) Crisis

Petri Nets and Other Models of Concurrency (ToPNoC)

This LNCS Transactions aims to publish papers from all areas of Petri Nets and Other Models of Concurrency ranging from theoretical work to tool support and industrial applications.
The foundation of Petri Nets was laid by the pioneering work of Carl Adam Petri and his colleagues in the early 1960’s. Since then, an enormous amount of material has been developed, presented and published in journals, books, workshops and conferences.

All volumes in Transactions on ToPNoC

Submission of Manuscripts
Manuscripts should follow LNCS formatting guidelines, and should be submitted as PDF or zipped PostScript files to ToPNoC@ncl.ac.uk. All queries should be addressed to the above e-mail address.

Peer Review
All submitted manuscripts will first be assessed by the Editors for their suitability with respect to the aims and scope of ToPNoC, and the sufficient quality of presented research. Manuscripts satisfying these criteria will then be reviewed by at least two independent reviewers, selected by the Editors, who check their significance, presentation, scholarship, etc, following the format of the review form. The anonymous reviews will contain a recommendation whether to accept, reject or revise a manuscript (in the latter case the revised version will be sent back to the reviewers for further checking). After that the Editors make the final decision based on reviewers’ comments and recommendations.